Still “unofficial and only a draft version” 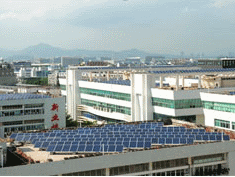 A surprise is the reduction for distributed solar PV which until recently was considered to be favoured by NEA in light of the grid curtailment.

Record-low solar power bidding results in Abu Dhabi, Chile or Mexico may have been taken into account

Massive installations in 2016, lower FITs will lead to lower installations volumes in future. Recent record-low solar power bidding results in other parts of the world, notably Abu Dhabi, Chile, Mexico may have been taken into account.

To which extent technological advancements can off-set such reductions remains to be seen, hence significantly lower returns for developers are expected, says Haugwitz.

Overall, 2017 domestic demand is expected to significantly slow down Y/Y and both manufacturers and developers will have to look beyond Chinese border even more, Haugwitz concludes.